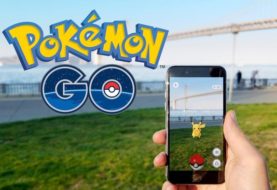 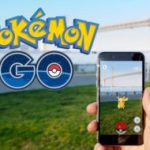 The game world, especially on smartphones, has become a big sensation. Players are racing out of the house, traveling to a certain location, and catching monsters which are mostly cute and lovable, called Pokemon. Yes, the world is currently crazy about a new game called Pokemon Go.
So, what exactly is Pokemon Go? It is an augmented reality-based game developed by Pokemon Company in collaboration with Nintendo and Niantic. The technology known as Augmented Reality (AR) is believed to be the key to the popularity of the game.
Generally, Pokemon Go is a free game for Android and iOS, allowing its players to capture the hidden Pokemon in various real-world locations.
The popularity of “Pokemon Go” makes Nintendo, as the owner of the brand, flooded with profits. Now they intend to earn bigger profits by embedding location-based virtual ads.
The plan was revealed by John Hanke, Chief Executive of Niantic, the company that developed Pokemon Go along with Nintendo. He said that the ads will be in the form of sponsored locations.
“There’s a second component to our business model at Niantic, which is this concept of sponsored locations. Companies pay for the location (in the real world) to be a specific location on the virtual map,” explained Hanke.
Pokemon Go game does integrate real-world maps and virtual maps. The players are asked to come to a specific location in the real world to find monsters or Pokestop, or compete in a virtual Gym.
By making use of this gaming mode, advertisers may sponsor certain spots to be made as Pokestop or Gym. The players will automatically assemble at this location. Even in Indonesia, there are several places or facilities that utilize this feature to advertise their business. One example is ACE Hardware that is running campaigns with the hashtag #PokemondiACE. This housewares and furniture store makes use of Pokemon GO to drive visits to their stores. It is predicted that there will be more public facilities or other shopping centers that will take advantage of Pokemon GO as a promotional tool to increase sales.
In addition to the location-based monetization model, actually Pokemon Go has already had another way to benefit from the Pokemon hunters. It provides objects necessary for the hunting and must be purchased using real money (in-app purchase). Examples include incense to call Pokemon or Egg Incubator which can be purchased from the virtual store.
source:
Adage.com, googling