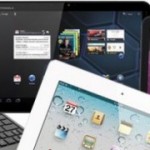 Are you reading this on a mobile device? Perhaps not, but the odds are much better this year than at this point in 2011. That’s because Marshall McLuhan was right: The medium has more of an influence than the content it conveys.

This year’s list of top advertising trends is mostly about the shifting ways that consumers experience content and how publishers hope to harness those experiences. Some see it as a chance to reboot the digital advertising model. Others view it as a future in which publishers compete for lower and lower stakes as advertising migrates to (so far) cheaper mobile formats.

The term “native advertising” was allegedly first introduced by venture capitalist Fred Wilson at OMMA Global in September 2011, but it really picked up steam towards the end of the year. While there’s some disagreement about what native advertising actually is, it is perhaps best summed up by the idea that advertising within a context — whether it’s an app or a content site — should be pretty much indistinguishable to consumers. Thus, Sponsored Stories, Sponsored Tweets and content like “20 Places That You’ve Probably Never Heard of But Should Totally Visit” on BuzzFeed, which is sponsored by Samsung’s Galaxy Camera. The idea seems to be that traditional banner ads won’t work on mobile. With smaller screens (especially on phones), your ad has to work harder to catch the reader’s attention.

A sibling to Native Advertising, action-based advertising is based on the idea that the consumer has to do something to initiate an ad. Once again, the trend is driven by smaller screens and the more consumer-ish relationship people have with their mobile devices compared to desktops. For instance, you won’t see a Sponsored Story unless one of your Facebook friends recently interacted with a brand. Other ads can be initiated by sharing a piece of content. Appssavvy, one of the leaders in the space with more than 100 million users on its adtivity platform, claims that such ads get 10 times the click-throughs of traditional banner ads.

Back in late 2010 and early 2011, it seemed like marketers were falling over themselves to launch deals with Foursquare. In 2012, though, fewer advertisers were beckoning customers to “check in on Foursquare.” Though Foursquare appears to have waited too long to roll out advertiser-friendly programs, the novelty also seems to have worn off. Yet, as Aaron Strout, head of location-based marketing for the W20 Group, notes, location-based marketing hasn’t gone away. It has just been subsumed by, among others, Apple’s iOS 6. Or, as Strout says, “It’s become part of the electricity.” For instance, when you go to Google.com on the browser of your smartphone, you’ll see five icons: restaurants, coffee, bars, fast food and nearby. That’s a nice utility, but there’s no gamification layer like Foursquare has. Similarly, Apple’s Passbook, which is hard-coded into iOS6, is useful, but not much fun.

Foursquare is a stand-in for location-based marketing in the same way that Groupon is shorthand for the daily deals category. After the frenzy of 2011, including that long-awaited IPO, Groupon’s 2012 was a bad hangover. (LivingSocial, Groupon’s big rival in the segment, doesn’t seem to be faring much better.) Again, the novelty has worn off. But vendors have also questioned the long-term value of the deals.

What do you do when your competitors are asking consumers to tweet, share, like and +1 everything in sight? One solution is to go in the opposite direction and ask them to get off social media and the Internet. That’s how Diesel marketed its 1993 YUK shoe, which it exhumed this year. The campaign asked users to quit Facebook, Twitter and Instagram for two days or just quit Facebook for three days to try to win the shoe. Other far-flung examplesinclude McDonald’s, which promoted Sept. 28 as a “day offline” in Dubai and Telia, a Swedish telecom that created a brand app that disables the Internet for periods. Other pushback includes a campaign from Brut that tried to convince guys to quit Facebook because it’s “unmanly” and an app from Newcastle Brown Ale that exposes your lame motivations for posting photos on social media.